The year was 1914, Fred Hoke and James Holcomb had the idea to sell popcorn machines in Kentucky, United States. They did so under the brand name, Butter-Kist. As the business developed, vendors began to buy their machines the brand proceeded to grow in recognition and reach.

In 1938, the brand made its way to the UK via an unforeseen and currently unknown route and they continued to advertise and develop their brand as they had done before in the states through sales to cinema audiences and retailers alike. As the second world war took hold, the brand quickly skyrocketed in popularity and recognition due to the many United States military personnel stationed there for the prospective invasion of Europe.

After WWII ended, Craven Keiller built a factory in York to sell Butterkist branded popcorn to movie theater chains in the United Kingdom. Much like the United States during the Great Depression, after WWII many items and ingredients were rationed in the UK, the ingredients of the beloved Butterkist however, were not; the brand quickly escalated in popularity due to its availability and became the UK’s lead-selling brand of popcorn. 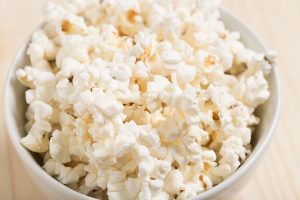 As cinema audiences began to decline and diminish with the development of home theater entertainment systems and take-home snacks, so did the sales and success of the Butterkist brand. By 1998, the Butterkist sales had hit yet another bottom and Craven Keiller decided to sell the brand to Cadbury Trebor Bassett. In 2000, they merged the brand into its Monkhill Confectionery subsidiary and transferred the product to Pontefract, West Yorkshire.

After being repeatedly dropped and passed around by various cinema chains in the 1990s, the Butterkist brand was redirected and redesigned for the emerging home cinema market with a 350g family-sized tub launched with a link to a family cinema review website in 2000 in a program run by advertising agency Market Tiers 4DC. In 2005, the brand was entirely revamped and relaunched using a heart logo to “symbolise Britain’s love of the Butterkist brand.”

For many years, Butterkist used the chant slogan, “Butterkist, Butterkist, Ra Ra Ra!”, and now is rebranded with the comedic slant, “Butterkist: the fun’s never done…” Today, the Butterkist brand still remains the UK’s best selling brand of popcorn, making up 40% of the £90 million market and approximately 5,000 tonnes being produced annually.

Butterkist toffee Popcorn is also suitable for vegetarians, and the Butterkist Sweet Popcorn and Salted Popcorn products are suitable for both vegetarians AND vegans! Making it a product not only accessible to, but loved by people of all tastes and lifestyle choices.

Despite the fickle journey of the Butterkist brand, it remains that the masses can’t seem to get enough of this delicious and resilient brand of tasty heaven. Once you are kist, you won’t settle for anything less than being Butterkist. 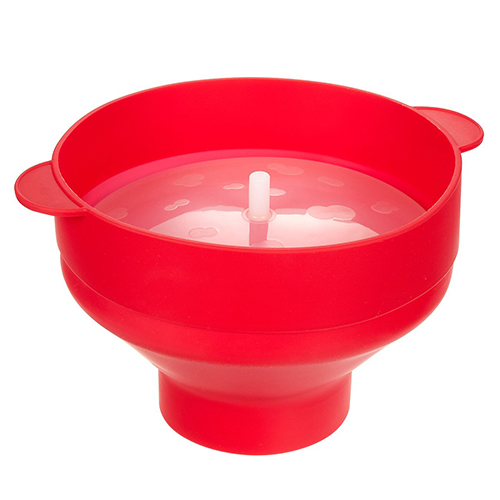